Hitachi has a long and illustrious history of putting out excellent power tools at affordable prices. The Hitachi C12RSH2 miter saw is, therefore, arriving with a certain amount of pedigree and a reputation to uphold. Following the discontinuation of the original C12RSH, the C12RSH2 has taken over as the new bar-setter for the brand’s sliding saw the lineup.

According to the manufacturer, the Hitachi C12RSH2 combines the compactness of a zero-clearance saw with all the power and versatility you’d expect from a world-class workhorse. They talk of its capacity to deal with much larger pieces of material, along with an improved adjustable laser marker for unbeatable accuracy. 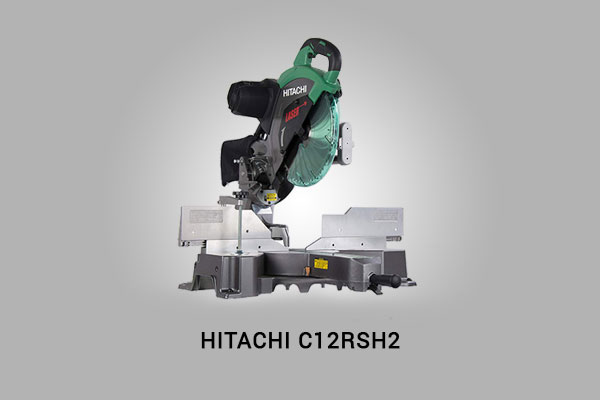 Read on for the rest of my findings.

Taking the torch from the C12RSH2 in style, the C12RSH2 certainly looks the part right out of the box. According to the manufacturer, the official specifications of the saw are as follows:

The price of the device is currently hovering around the $500 mark, which makes it a pretty premium piece of kit. Nevertheless, customer feedback would suggest that the C12RSH2 performs at a level that would justify a price several hundred dollars more than this.

As far as the manufacturer is concerned, the primary features and selling-points of the Hitachi Miter Saw C12RSH2 are as follows: 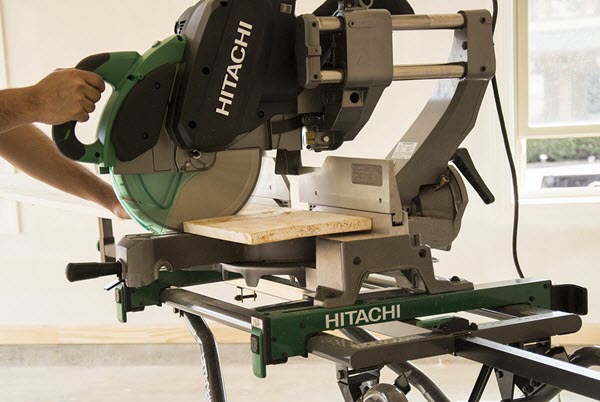 The new Compact Slide System means little to no rear clearance whatsoever is required, potentially freeing up several feet of space in the workshop. Perfect for getting to work in more compact environments.

Hitachi knows how to produce a tool with a powerful motor, and the C12RSH2 is no exception. The state of the art 15-amp motor has been designed to rip through even the most challenging materials like fresh air.

The saw boasts a 0-57 degree miter angle to the right and 0-45 degrees to the left for maximum flexibility. It’s also possible to raise the fence height to 5-1/8 inches to cut up to 7-1/2 crown molding vertically.

Hitachi claims that the C12RSH2 is significantly more comfortable to use than its predecessor, especially when dealing with more time-consuming and intensive jobs.

My Experience with the Hitachi C12RSH2

Right out of the box, the first thing that struck me about the C12RSH2 was its weight. It wasn’t what you’d call a lightweight device, but it was significantly lighter than some saws I’ve tried before – one example being the Ridgid R4221. That said, I also noticed it didn’t have quite as large a worktable as the Ridgid, but the Hitachi’s was still more than big enough to get the job done. 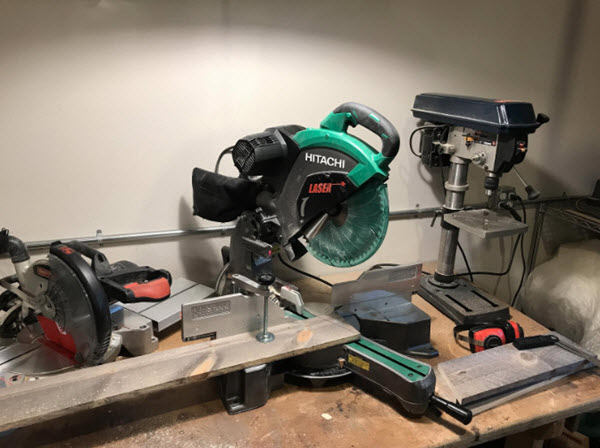 As promised by Hitachi, the C12RSH2 is capable of cutting at a maximum angle of 57° to the right and 45° to the left. Along with a ton of flexibility, I found the overall design of the saw to be straightforward, and it couldn’t have been easier to use.

The vertical handle might not be to everyone’s liking, as it isn’t a standard feature on saws within this price range. However, it quickly begins to feel even more natural than the norm as you get used to it. The new Compact Slide System doesn’t disappoint – especially when working in a cramped and chaotic environment as I do.

You can position the Hitachi C12RSH2 Sliding Compound Miter Saw pretty much up against a wall, rather than having to allow room for the sliding bars.

The sliding mechanism itself was consistently smooth and enjoyable to work with, so I’ve nothing but good things to say about it. If anything, the only slight downside (which is a pet peeve of mine) was that the dust collection was pretty poor.

It did make a bit of a mess of things after a while, but what it lacks in basic housekeeping, it more than makes up for in power and performance. The blade ripped through a whole bunch of woods and metals with ease, the laser guide is great, and the overall versatility of the C12RSH2 is seriously impressive.

Take a look through the above, and you’ll see the only real complaint I had with the Hitachi C12RSH2 15-amp 12-inch Dual-Bevel Sliding Compound Miter Saw was its poor dust collection. But when you consider how much of a tool you’re getting for your money, this really isn’t the end of the world. 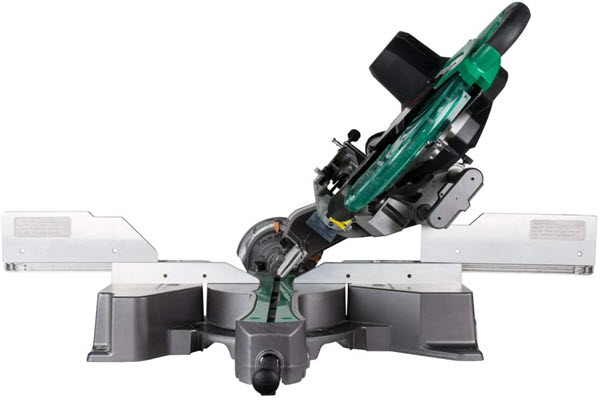 What matters most is the general performance of the saw and the accuracy of the final result. In both instances, I honestly think that the C12RSH2 performs on a similar level to a fair few machines that cost twice this amount. I’m all about value for money – this thing delivers a ton of it. I hope this Hitachi C12RSH2 will help you to get a clear idea of why you need to prefer this model over others.