A hammer drill driver can be incredibly efficient in the field of masonry, where every second count, and it requires precision. A tool that doesn’t allow us to work fast is counter-productive as we lose money for not meeting our deadlines. Similarly, a device that is not precise leads to a wastage of resources. It might even cause further delays in the job.

A drill that helps everyone to work faster without any loss in precision is a boon for us. Many manufacturers offer hammer drills that help in making the masonry job easier and efficient. Hence, I prepared a list of some of the best hammer drills available on the market. 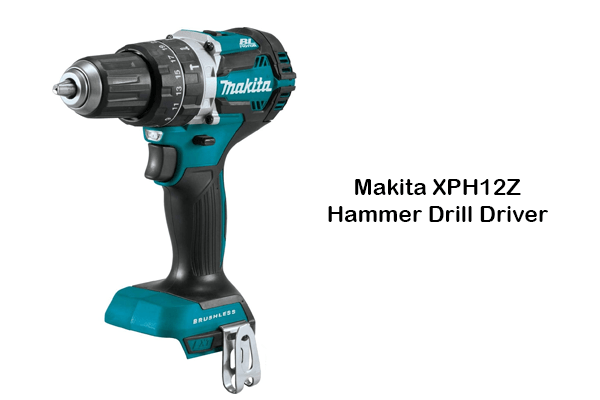 The Makita XPH12Z was one of the many drills on my shortlist. After some research, I settled on the Makita XPH12Z 18V LXT cordless hammer drill driver. It offered quite a few desirable features that made me believe that the tool would adequately fit my needs.

Additionally, I had used a few products from Makita before and was confident that the brand is reliable, and I will receive a top-notch product. The reviews stated that the drill has an excellent hammer action, and the additional features are decent as well. Hence, I ordered the drill, and it was in my hands a week later.

Before I begin my Makita XPH12Z review, I would like to tell you more about the drill and share my unboxing experience. I received the base tool (that I did not get any attachments, battery, or charger) after a week of placing my order. The packaging was sturdy, and there were no signs of damage or blemish on the drill that I received.

The Makita XPH12Z felt solid in my hand, and I was quite impressed with its build quality and features, such as

A brushless motor powers the tool. In the case of Makita XPH12Z, it produces up to 530 in-lbs torque. Also, it requires a lot less maintenance than the brushed variants. At the same time, it starts rotating a lot quicker, not to mention the drill’s reduced weight. The motor takes the drill head from a standstill to 2,000 RPM at the push of the trigger. 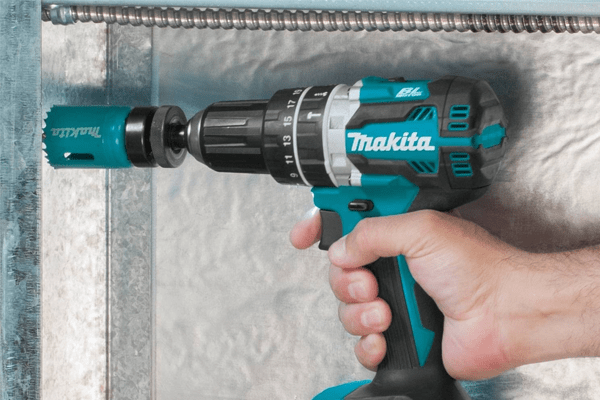 It not only rotates the drill bit at speeds up to 2,000 RPM but also moves it up and down to penetrate through the contact via impact force. This feature allows the tool to penetrate through a block of concrete or other hard material in a fraction of the time taken by regular drills.

It requires a lithium-ion battery that can provide 20 volts. As I have only ordered the base tool, I didn’t receive batteries, chargers, or attachments. The accessories that I used might not be the same that you get in the kit if you choose to order that or already have.

The drill has been able to provide durability and stability. Makita makes rugged products, and by the looks and feel of the drill, you will know that it will serve you for a long time. The rugged look and feel of the tool don’t mean that it is hard to handle. You can use the Makita XPH12Z without any difficulties. All you need to do is be careful while operating the tool.

This tool comes with a built-in LED lamp that turns on when you press the trigger. This little additional feature makes the tool effective in a low-light situation. In hard-to-reach corners, you can see where you need to drill the hole. It also features a screwdriver mode to help you tighten or remove the screws.

Makita XPH12Z Cordless Drill Driver is not just a simple drill, as it has a couple of extra modes that greatly enhance its utility. The first and most important feature is the hammer action. If you want to drill holes in the concrete, you either require lots of time or more powerful tools.

As a contractor, I have to work on a deadline and cannot waste time trying to drill a perfect hole with simple tools. At the same time, the use of heavy tools comes at the price of precision and handling. Makita claims that their batteries last a lot longer than third-party ones. These batteries feature a faster charging option if paired with their proprietary charger.

I didn’t want to spend additional money on these features, so I used a third-party battery and charger. And they worked reasonably well with the tool.Now, a bit about the performance of Makita XPH12Z. It is powerful, and you can feel that when you use the drill. 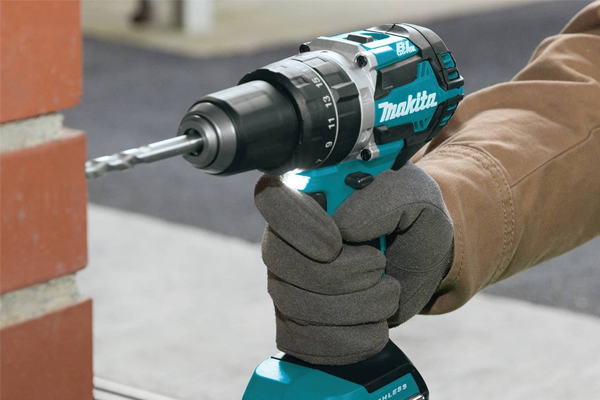 I recommend you handle the tool carefully when you press the trigger. There is a chance you might drop the drill as it powers up. The drill performs quite efficiently. I was able to drill half a dozen holes in concrete before the battery ran out of juice. As you can see, I have praised the drill for its advantages, but this Makita XPH12Z review won’t be complete if I don’t mention some of its shortcomings.

First of all, the tool is expensive when compared to the competition. At this price point, Makita should have provided a battery. Secondly, the tool shines in the hammer-drill feature. However, the drill feature itself isn’t as strong as you would want it to be. I could say the same about the screwdriver mode.

Overall, the performance of the Makita XPH12Z Hammer Drill Driver tool is impressive. I needed a drill with a decent hammering action to penetrate hard surfaces, and the tool does that without breaking a sweat.

As for the simple drilling option and screwdriver mode, I haven’t used them much, but other users say that these modes are not as good as the hammer-drill option. So, if your primary requirement is the hammer drill feature, you can go with this tool. On the other hand, if you want a more versatile tool, you might want to look at the alternatives.

If you would like to get the reviews of other popular power and hand tools, kindly visit our reviews page