A true multipurpose industrial CUZ-D Straight flush saw SFS-85 is designed to do it all. Or at least, do a lot more than your average table saw. Practicality and versatility are the names of the game with this impressive piece of kit, earning its manufacturer strong critical acclaim in key markets worldwide.

Most decent table saws on the market these days are perfectly capable of ripping through a variety of materials with ease. The difference is that with the CUZ-D Straight Flush Cut Saw SFS-85, this thing also takes flawless flush finishes in its stride. According to the manufacturer, flush finishes that are on a level no comparable saw on the market can rival. 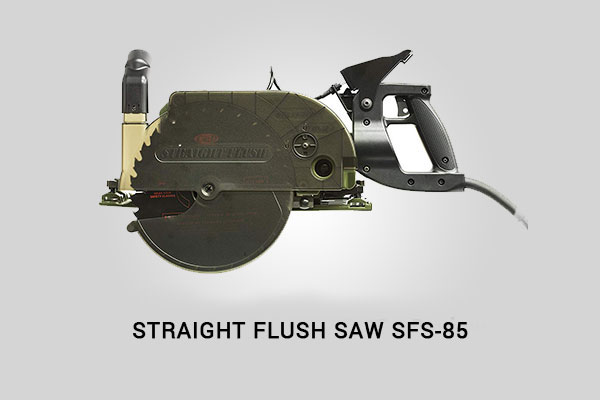 The idea being that with the CUZ-D, you can effectively cut your work time in half. Hence, whatever price it is selling for at that time (which isn’t a lot), you stand to save significant amounts of time and money. The kinds of flush cutting jobs you’d usually spend a couple of hours tackling can be handled in a matter of minutes with this ingenious device. But how does the CUZ D Straight Flush Saw perform when put to the test? Does it genuinely live up to the hype?

Designed with safety and efficiency in mind, the CUZ D Straight Flush Saw packs a real punch for such a compact unit. The official specifications of the device, according to the manufacturer, are as follows:

Of course, there’s no escaping the fact that this innovative saw could be considered a little on the expensive side. Nevertheless, when considering the kind of power, performance, and precise features you get for your money, it’s actually a pretty small price to pay. Primary features and selling-points (according to the manufacturer) being as follows:

This ultra-precise device is capable of performing zero clearance flush cuts like nothing else on the market. There’s perhaps no better machine available right now for quickly and effectively cutting out doors and windows.

Use as Undercut Saw

It can also be used as an undercut saw, though it is significantly easier and safer to control than a conventional undercut saw.

Most Versatile Bevel Range in the Industry

There isn’t a saw on the market right now with a more versatile bevel range than that of the CUZ D Straight Flush Saw. With a maximum of all of 65 degrees and a minimum level of -5 degrees, versatility and performance is taken to the next level.

Guarantees the most accurate cuts and rips possible, without the need to measure or mark the boards themselves.

One of several impressive safety features built into the CUZ D for improved performance and total peace of mind throughout the job.

My Experience with the Straight Flush Saw SFS-85 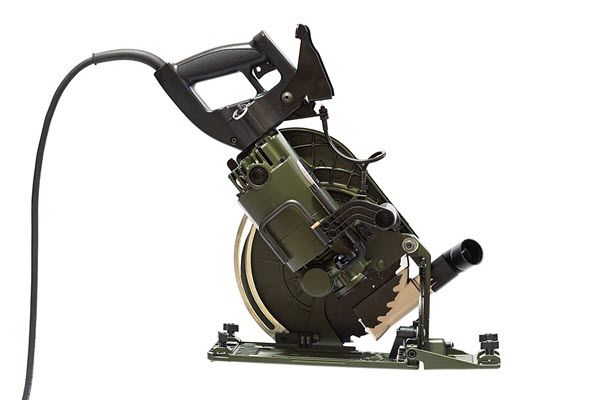 If I’m honest, I wasn’t particularly interested in how this saw formed with more generic everyday jobs. The reason being that it’s not exactly difficult to pick up a decent all-purpose saw these days at an affordable price. Instead, the Straight Flush Circular saw is all about those supposedly immaculate flush cuts. Put to the test with a variety of materials, and I can say that this thing definitely lives up to the hype.

It takes a bit of getting used to and has a somewhat quirky design, which at first can make it feel a little awkward and even cumbersome. However, once you get used to the way it works, it’s an absolute joy to work with and delivers truly fantastic results. In terms of power, performance, accuracy, and versatility, this high-end saw could be in a league of its own right now.

I can see why it’s become a staple for carpenters and on building sites all over the place. Where flush cuts are needed – particularly on an extensive or regular basis – this thing could save you more time and effort than you’d believe. Even at its relatively top-shelf selling price, it represents superb value for money and is well worth checking out.

For the average home DIYer, Straight Flush Saw SFS-85 could be a little on the complex and expensive side. For the pro user with heavy-duty site projects in mind, it’s just about as good as it gets. Once again, aside from the slightly unusual design that takes a little getting used to, I genuinely couldn’t find any real fault with the CUZ D. As far as raw performance and versatility are concerned, we could well be looking at a new front-runner for the segment as a whole. 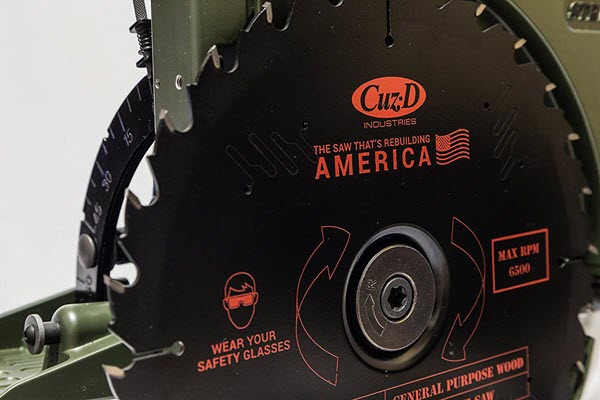