When it comes to high-performance, well-proportioned miter saws that never fail to go the distance, Dewalt is in a league of its own. When you pick up a saw like the DEWALT DWS779, you know exactly what to expect long before you take it out of the box. They have a huge range of power saws to suit all purposes available – this being one of the more budget-friendly buys in the current collection.

Still, I’m always skeptical when I hear claims of a pro-grade piece of kit being sold at a hobby-level price. The DEWALT sliding compound miter saw DWS779 isn’t exactly selling for pennies, but it’s on the market for about half the price of Dewalt’s more advanced miter saws. On paper, it sounds like the ultimate machine for both hobbyists and pros, who aren’t looking to spend a fortune. 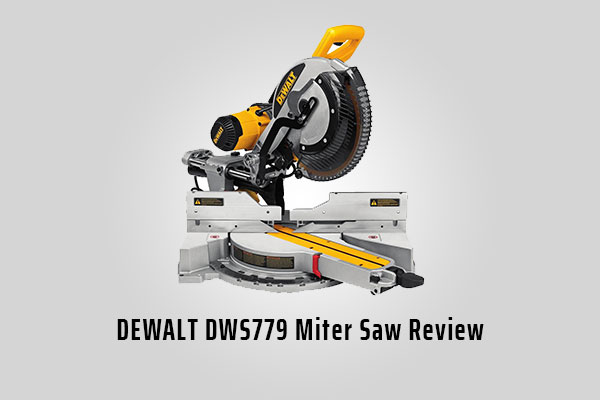 Boasting increased capacity and precision – not to mention a generous three-year warranty from the manufacturer – this high-quality saw is capable of cutting up to 2×16 dimensional lumber at 90° and 2×12 at 45°. The kit comes complete with everything needed to get started, and the saw itself is easy to operate. It may lack a few of the features the pro woodworker may prefer, but it’s got more than enough going for it at this kind of price. The question being – is the DEWALT DWS779 an unbeatable buy? Or do all the promises in the world on paper add up to disappointment in practice?

Let’s take a closer look at its features.

The saw is available as just the standalone unit itself or shipped alongside a selection of blades. Go for the option with a blade, and you’ll save money on the separate selling prices of the two. The specifications of the DEWALT DWS779 are as follows:

Picking up a miter saw within the sub-$400 brackets will always mean making certain compromises. Nevertheless, Dewalt is adamant that this affordable workhorse is the ultimate budget-friendly saw, touting the following features as its selling-points:

If you know Dewalt, you’ll know that their power tools never disappoint on power. This particular saw is powered by an advanced 15-Amp motor, ensuring the blade drives through even the toughest materials with ease. Compared to the vast majority of miter saws within the same price bracket, the DEWALT DWS779 Miter saw is one of the most powerful you’ll get your hands on right now for this kind of money.

As you’d expect from a high-performance motor, this machine is capable of turning a blade fast very fast. Putting out a consistent 3,800 revolutions per minute, it’s capable of dealing not only with hardwoods but plastics, metals, aluminum, and alloys. All of which are dealt with like a hot knife through butter.

Dewalt waxes lyrical about the DWS779’s capacity to deal with a wide variety of materials and workpieces. Despite being such a compact unit, the saw can handle pieces measuring up to 2×16 inches for dimensional 90° crosscuts and up to 2×12 inches for 45° bevel cuts. Challenging cuts simplified by an exceptionally user-friendly miter saw.

Despite the fact that the DEWALT DWS779 doesn’t feature an LED guide or laser, it still makes it a walk in the park to create the most incredibly precise cuts. The saw features an advanced Cutline Blade Positioning System, which is designed to simplify the process of making accurate cuts, without the need for a visual guide. 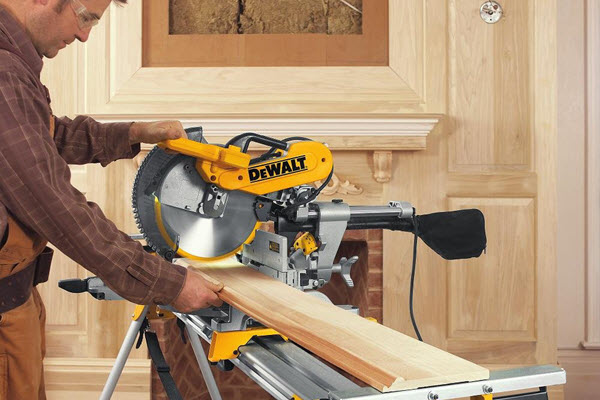 My Experience with the DEWALT DWS779 Miter Saw

As I had already tried several saws from the same product lineup, I knew exactly what to expect from this machine. What interested me is whether such a significant reduction in price would equate to a proportionate reduction in quality or performance.

Not that it took me along to establish the answer no. This thing really does perform like a saw you’d expect to pay WAY more money for.

The DEWALT DWS779 is exceptionally well built, with the odd exception of a couple of bits of plastic that doesn’t feel particularly premium. It’s somewhat on the heavy side, but that just adds to the feeling of quality. I was particularly interested in the extent to which the lack of a laser would affect cutting accuracy, but I can honestly say it make no difference whatsoever.

You can’t deny how impressive the general cutting power and performance of this thing is. It deals with everything you can throw at it with ease. It may have been my imagination (I don’t use digital sound monitoring devices), but it also seemed to be significantly quieter than most other saws of this caliber. The super-smooth sliding action was great, but the efficiency of the dust collection system was a little on the lackluster side.

Not that this is a deal-breaker, but still – it’s my job to nitpick from time to time!

True to its reputation, this affordable machine appears to be just the ticket for professionals and hobbyists alike. You could argue that some professional users will miss features like a laser guide. But in my experience, it really didn’t make any difference to the cutting accuracy. You also can’t expect everything when paying this kind of money. 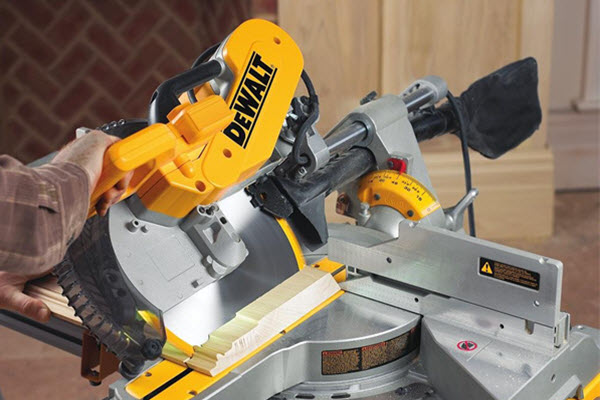 In terms of safety, performance, consistency, versatility, and value for money, the DEWALT Compound Miter Saw DWS779 ranks right up there with the best miter saws I’ve tested this year. Particularly when purchased alongside a blade, rather than as two separate items.